A MESSAGE FROM THE COMMITTEE CHAIR

I joined Rotary of Los Angeles (LAS) in November of 2015. Admittedly, my initial motivation to join was to expand my luxury real estate brokerage portfolio in Beverly Hills, California where I had an office. Since I was the only real estate agent in the club, I figured to be the "big property player, commercial and residential, on the block."

When calls came from the Club to volunteer for Club Service programs, I figured my next real estate sale was just around the corner! However, I soon realized that volunteering at Rotary didn't translate to my commercial success. So, a little disillusioned, I practiced in the mirror how to say, "No!" Then one day, the following year, J.T. Warring, an LA 5 member and Founder/CEO of the Rotary Myanmar Water Management Systems Project, asked me to join his Project Committee. Without even hesitating, I gulped and said, "Sure." I didn't know exactly what I was getting into, but it sounded interesting. In fact, it sounded like what Rotary was all about; an international service organization for the benefit of humanity.

Water Issues in Myanmar Polluted water from the river, such as chemical pollutants, waste from other villages, even poisons used (illegally) by commercial fishermen, were causing dysentery, cholera, stomach pains, sickness, even deaths. In addition, tsunamis and cyclones had a devastating effect, in many cases, destroying entire villages.

The Rotary Myanmar Water Management Systems Project began in 2005, founded by then 30-year Rotarian J.T. Warring. He had first led a Rotary team in March 2005, to video document the devastation wrought throughout many Asian countries on Boxing Day, 2004, at a cost of 270,000 human lives. Their onsite filming resulted in a documentary watched in Rotary called, Aftermath of a Tsunami. In connection with that mission, he visited Myanmar that Spring, was introduced to the need for clean water for people, and in 2006, founded the current Project. It has now completed 67 complete Water Management Systems in Myanmar and has been visited by six (6) RI Past Presidents and one (1) RI Past Foundation Chair.

Our Request Multiple times since their original meeting in 2012, Chief of State Mme. Aung San Suu Kyi has stated that at least 20,000 of her country's Villages need water systems like ours (she has studied our plans), and asked "Could Rotary become the catalyst to construct those?"
Today, after returning from Myanmar earlier this year and visiting the seven Villages of our 2019 construction, I am pleased to say that all seven sites have been completed. In 2020, our Team will build eight more Water Management Systems for Villages in Myanmar, at a cost of $9,000 per system.

To date, I cannot attribute a single real estate deal I've made from my Rotary Club, but it doesn't seem to matter. I have gained so much more from being a part of something so much bigger; a Rotary Club doing Service Above Self in the world of human need. 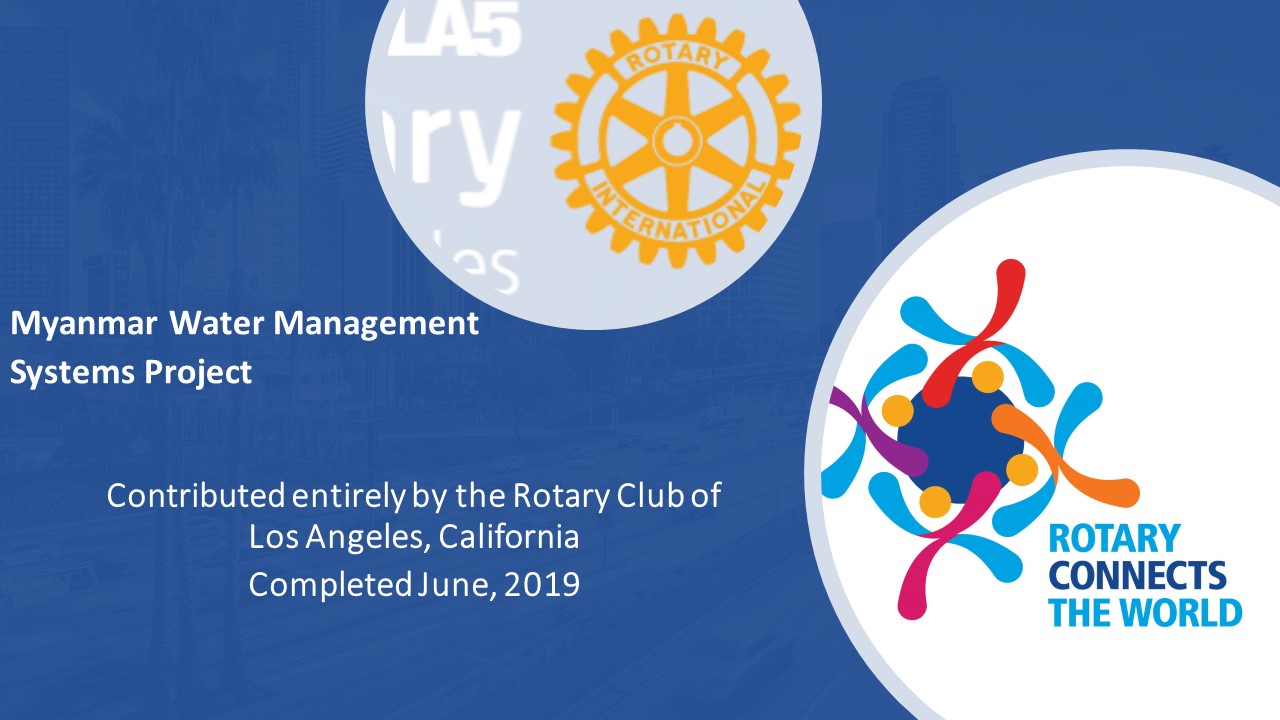 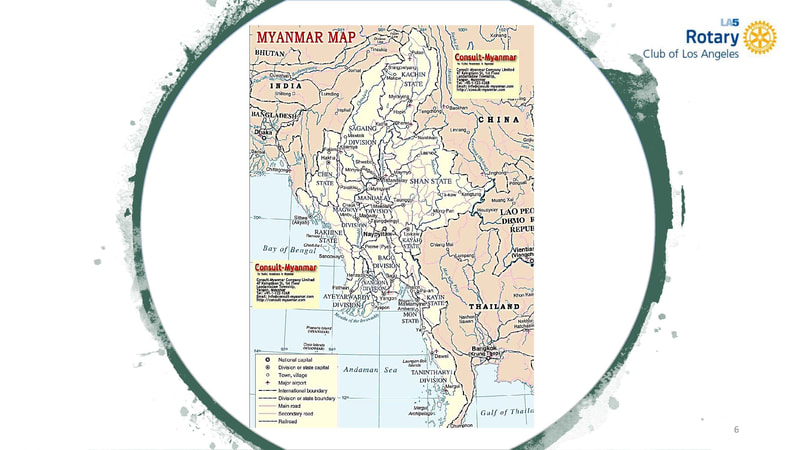 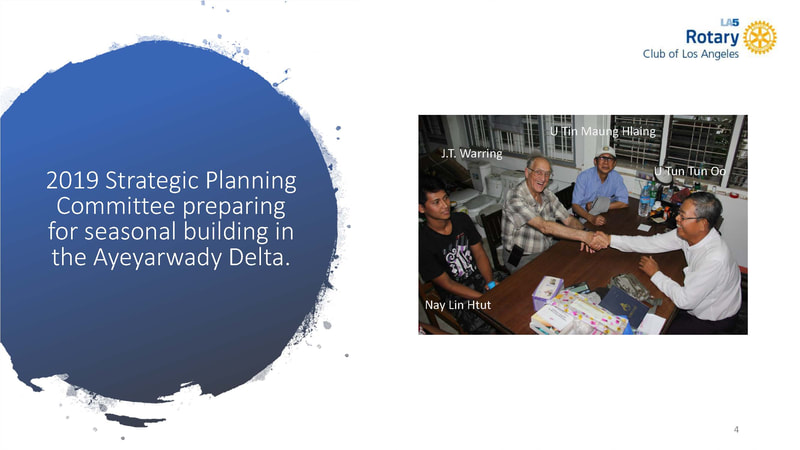 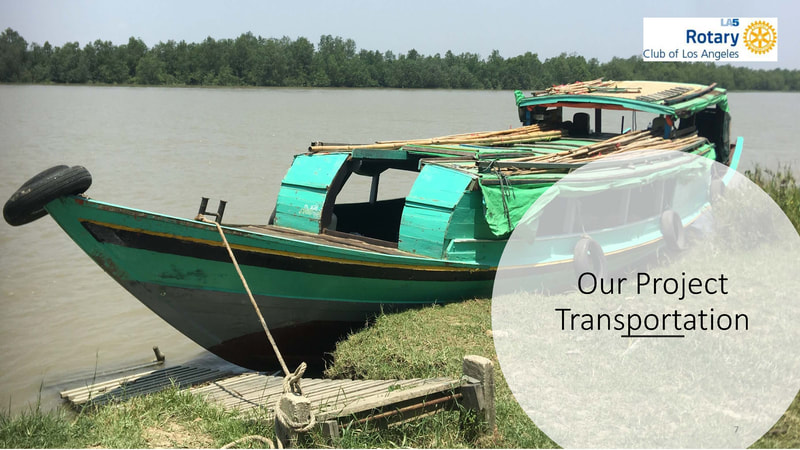 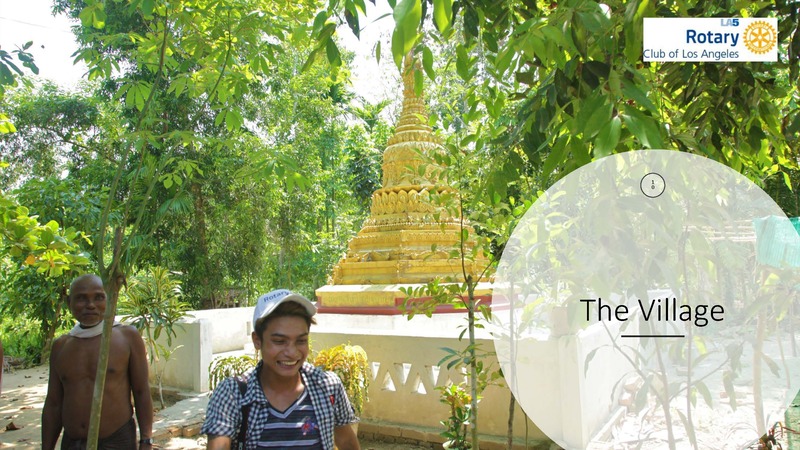 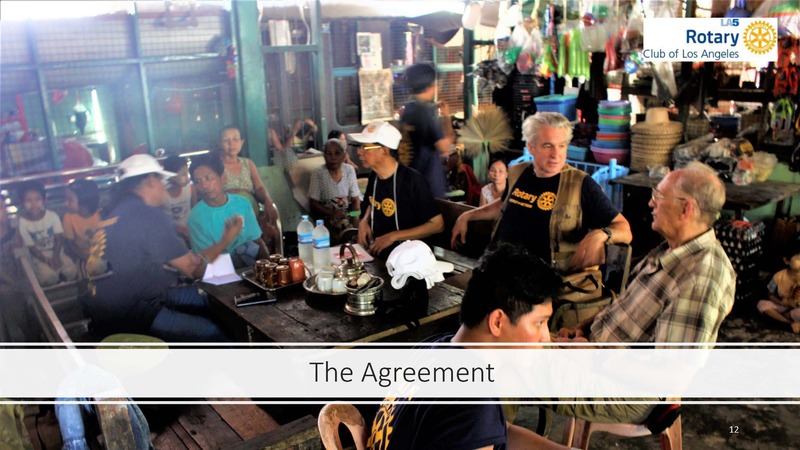 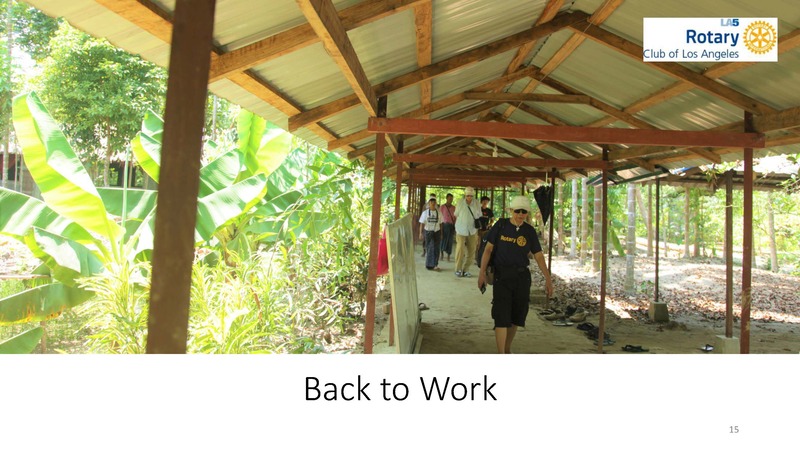 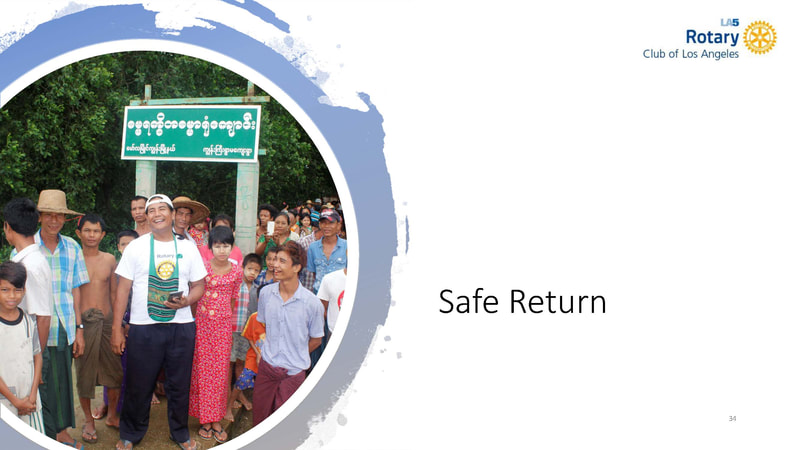 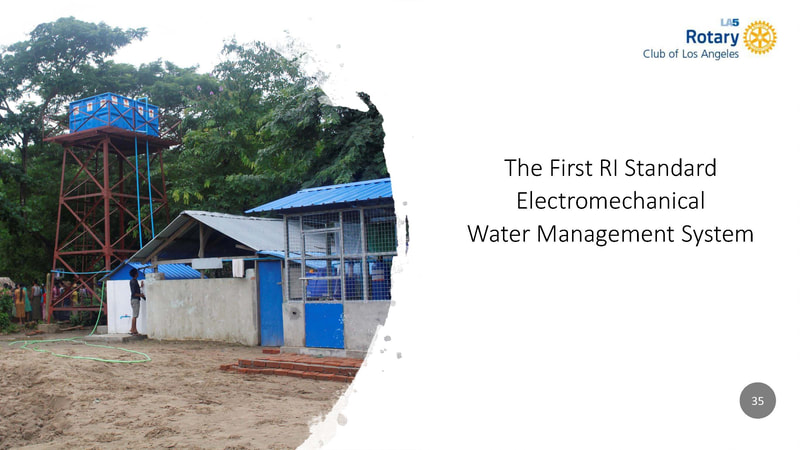 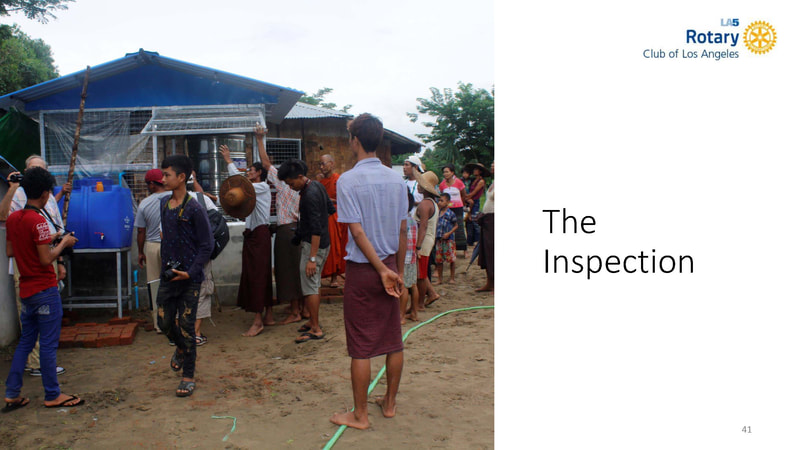 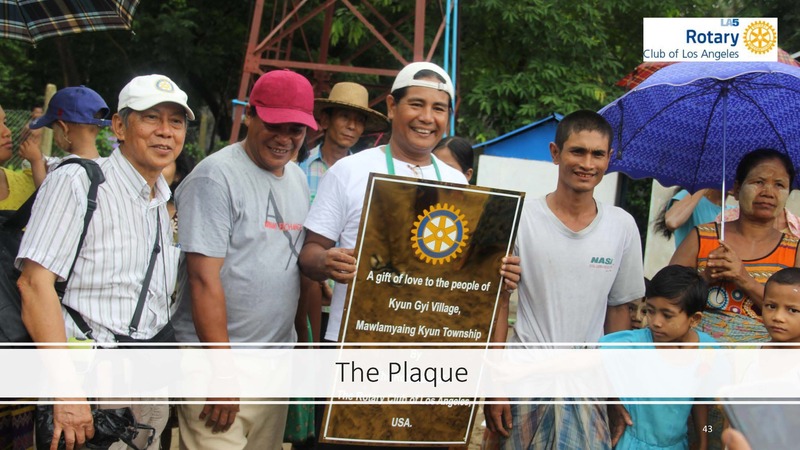 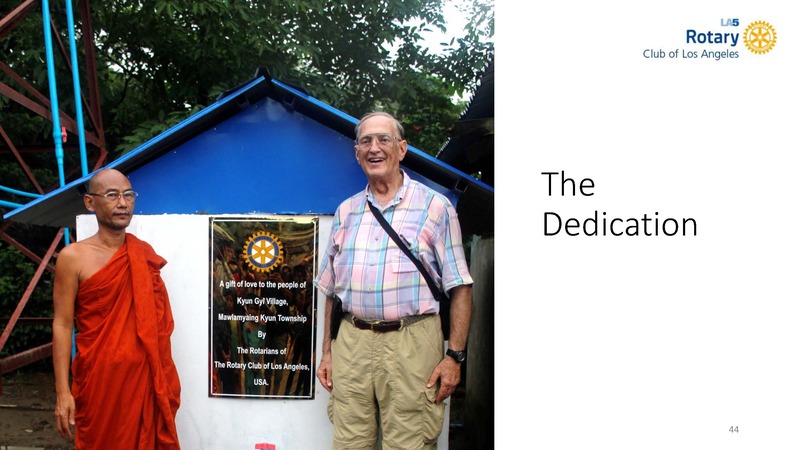 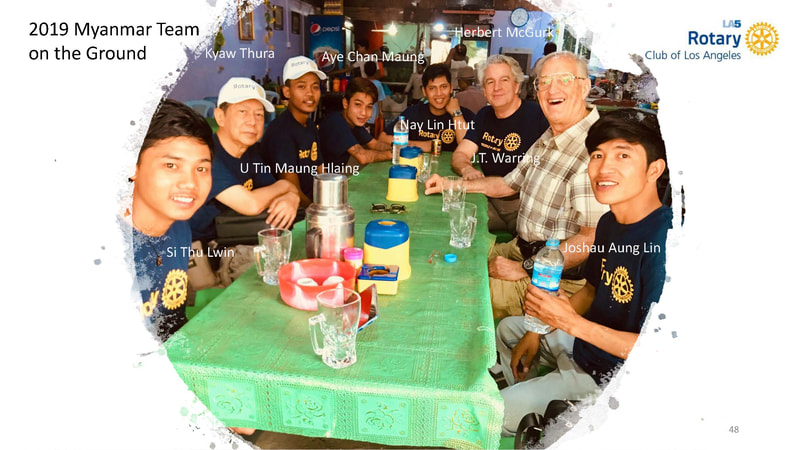 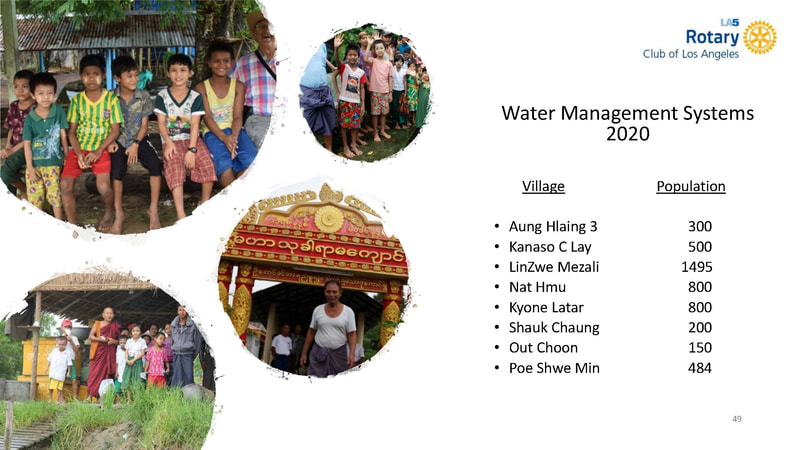